The geographical location of the different terminals of the Port of Bahia Blanca, the distance to the different anchorages, as well as the hydrometeorological conditions of the area, constitute an obstacle to any incident in which a medical evacuation is required that make it essential that the different port actors have the service presented below:

The port terminals, with real stopovers in which to evolve with a stretcher becomes a maneuver complicated by the small space to move them, where ambulance accesses are rarely up to the foot of the ironing, make that in the event of an accident, where the mobility of the accident is compromised, medical assistance does not arrive, or does not do so within the priority period , which increases the life risk of the injured person.

The maritime authority, although it has suitable personnel to deal with the emergency, does not have a means of transport specially dedicated to it, which increases risks at the time of evacuation.

By virtue of this and echoing the problem, Lanchas del Sur has annexed a new service to those it already provides, incorporating a High Complexity Ambulance Boat for transfer and / or evacuations of crew /port personnel that suffers a medical emergency in the hinterland of the Port of Bahia Blanca.

This new service of AMBULANCIA MARITIMA FOR THE EVACUATION OF TRIPULAANTS AND PORT WORKERS that adds to our organization, is mainly based on a boat for emergency transfer with medical equipment, which will be carried out through a high-speed boat, which we have christened “Gringa XXI”, 03305 M to be used by the emergency medical services of the terminals.

This vessel, WHICH IS IN PASSIVE GUARD, is fully equipped to attend to the safe transfer quickly and effectively, of port personnel or crew members who have suffered any type of medical incident of low, medium or high complexity.

The different port terminals of Puerto Bahía Blanca have limitations for the access of medical services or green light (ambulances – medical – paramedics) by land to both Docks, Posts, or for operations between ships.

Personnel on ships operating in these terminals in the Port of Bahia Blanca, such as ground personnel involved in port operations, such as surveyors, maritime agents, even authorities such as Migration, Customs or Maritime Health, among others, in the event of a medical incident, do not have a rapid evacuation by land and the escape route is necessary to be by sea.

Likewise, the crew members of the anchorage ships, or of the port service vessels that, in the event of a health incident, need a rapid means of evacuation, which in addition to having the necessary equipment for the care of the incident, has the maneuverability and speed that this type of intervention requires.

That is why, with the incorporation of this boat into our fleet, we will make available to port terminals, and port workers in general, a single coverage of its kind for the region and that would provide greater job security and medical coverage to the various actors of port activity.

The ambulance boat will be moored in Puerto Galván, in our apostat by our apostattor known as the Environmental Defense Center (Centro de Defensa Ambiental / CDA), with crew available 24 hours, composed of suitable personnel.

The vessel will be able to quickly reach any of the terminals in a relatively short time, taking into account the distances to any of the anchorages, adding value to the services that the CGPBB has in its port services card. 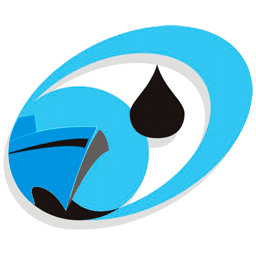